For the past 14 years I’ve been experimenting with a variety of “stacks” for personal and professional productivity.

In this post I’d like to share my new and update 2022 stack, both as a record for myself to stick to it, and review it later – BUT also, to share what I believe to be the best setup I’ve ever had.

Less is NOT more

Before I share my current stack, let me just begin by explaining my former frustration with software and productivity tools in general.

I’ve never been good at sticking with any software for a long time, with my most recent “notable” attempt being Notion. My idea was, let’s run everything through notion Notion so it’s all under one roof, and I can access everything from any device.

It quickly grew overwhelming, and I lost the routine to track what mattered. I kept using Notion as a knowledge base, or as a place to write down notes for meetings and other scribbles.

It wasn’t until chatting to a few friends, desperate for a new solution that I had a bit of an epiphany.

What if less was actually NOT more in this context?

Could it be, that trying to force software like Notion to be your to-do list, journalling app, life tracker, storage system, and writing software was actually detrimental rather than productive?

I had to find out, so I created the software stack I’m about to reveal to you today, and I was blown away by the response my brain gave to the change.

A quick disclaimer: I’m totally aware that changing software, or trying to come up with new habits and routines can be a form of “productive procrastination” – and because this new setup is new, there is an effect of a novelty bias where anything new just feels better – even though it might not be long-term.

Time will tell, but that is also why I’m writing this article. I want to see, months and maybe years from now what was in my head when I was going through this.

The other note is that software fads obviously come and go. I’ve chosen this stack for reasons I’ll get into later in the article, but by the time you read this there might be newer or better software or solutions available.

Generally, I think it’s best to resist replacing any part of your software stack unless the potential benefit is very large.

Anyway, with that out of the way let’s dive in.

Introduction to the stack

The requirements for me, when designing this stack are as follows:

I’ll keep this article updated, as I add or replace any of the below.

Capture and filing system – about $10/mo

The quick-capture app on iOS as well as their ability to recognise text in images makes this a clear winner. I don’t spend a ton of time organising it, and I don’t use it to write any notes. It’s simply for storing information, receipts, documents, and other important materials that I might need to reference later. It also has a dictation feature if I want to quickly offload any idea or thought to transfer to other software later.

Project Management and Databases – about $5/month

I tried to use Notion previously as my all-in-one system, by creating things like a task management database – but I never really “stuck” with it. As you add more and more areas and databases it can easily spiral out of control.

Today, Notion for me is for managing my projects (my personal life is also a project) and database storage of information. The customisation of fields, and filtering of information is extremely useful, plus every page can be “related” to each other so you can just @ in any page and create a link that shows up in both pages.

So, for example when I’m in a meeting with a project client, the meeting notes are referenced from the project master page itself, and the client is mentioned from the “people” database so I can easily see everything related to this person and/or project.

Examples of other databases that I use: financial accounts, people, meetings, wines I’ve tried, restaurants/bars/hotels,

Notion is one of the riskier softwares in my stack, because it is extremely easy to overcomplicate or over-customise which can lead to overwhelm and eventually not keeping up with it, but for now I’m happy with the role it plays.

I pay for the personal plan to have unlimited file uploads. This is very useful for PDF documentation or images.

This one is a huge game-changer (and incidentally where this blog post is being written.)

Whether it’s actual blog posts like this, email newsletters, or scripts for videos or sales pages – there’s always something.

But, before I was using Ulysses I was using things like Google Docs, Notion, and even apps like Evernote and I never did really well in them.

The first problem is the compatibility. For some reason, most of these add underlying, invisible formatting so when you paste it into the place where you need it – whether that’s an email client or sales page software it just messes up everything, shows funky characters, or takes ages to make look right. Ulysses is pure text, so there is no risk of this.

The second problem is related to organisation. If you use Google Drive for other things, you probably have tons of document stored, and while you can organise anything into folders it’s just messy and leaves me overwhelmed. Same with Notion, which is already being used for so many other things. It’s too easy to get your important text completely lost 3 databases down.

The third problem is distraction. By using browser-run writing software, you open yourself up to becoming distracted. Ulysses has a full-screen mode that literally removes every distraction. Including the option to make your text pretty while writing it!

So, before I would sometimes write in Notion, sometimes in Google Docs, and sometimes in other places, like directly in my email newsletter software – which obviously meant that I was confused, and actually don’t have all records easily accessible.

Anyway, I think that’s enough of an endorsement for Ulysses. It really makes me want to write more now, especially because of the automated connection allowing me to publish directly.

An important part of self-improvement and staying motivated, in my opinion, is the ability to self-reflect on a daily basis. I’ve always enjoyed journalling, but have not stayed consistent with it previously.

I would try to do it in Notion, but I’d have to “invent” databases for days/months/years so it was not very intuitive, and with all the other tasks Notion was fulfilling it was overwhelming to even open the software up.

Day One is a dedicated journalling app, so it works off of days and you can have templates for each session. I have two journals, one for morning and one for evening – although I sometimes don’t finish the evening one until the next morning I’ve still had an almost 100% completion rate since adopting the software.

As an added bonus, you can attach images to your days – which will become really valuable in the future, allowing virtually unlimited reminiscing and nostalgia.

Journalling helps me process the day, get ready for the next, and Day One is the best app I’ve seen so far for it.

Previously I was apprehensive of to-do list software, because I felt like to-dos generally worked better being integrated in the project itself (again in Notion) but on a recommendation of a friend I tried Things 3, and wow, what a difference!

Not only is it super easy to use, it also makes a huge impact on my productivity as “ticking” off items release a small feel-good boost of chemicals in my system. It handles recurring tasks tremendously well, and is easy to stay organised.

I use Google Drive for project management of all files and supporting materials that may or may not need to be shared with clients or team members.

Additionally I also use their excellent spreadsheet software, Google Sheets.

Cloud Storage and Backups – about $10/mo

I use Dropbox for most of my personal cloud-storage needs, including having all my camera photos uploaded directly and instantly.

I debated whether or not to add this in here, but I wanted to do it just in case anyone found it interesting.

One of my problems in the past has been either not being able to sleep when I went to bed, or bringing my phone to bed and subsequently overdosed on bright, blue light keeping me awake for hours.

Now, I’ve got an e-ink reader with a yellow light feature (e-ink displays are already much nicer on the eyes, but the yellow feature reduces blue light additionally) and this is the only thing I bring with me to bed.

The phone is well out of reach.

I got a Kobo Libra 2, but you can also use any newer Kindle like the Oasis if you like the Amazon ecosystem.

With the Kobo I can integrate it with Pocket, a browser extension that saves articles to be read later. This reduces distractions, and lets you “catch up” offline and spend less time on the computer (which I think is a great idea.)

There you have it!

My full software stack for personal and professional productivity in 2022. For the first time in my adult life, I’m actually excited and energetic about being productive and getting a lot of stuff done.

And who knew, it was all about finding the software that does each individual job the best – not trying to cram everything into one software (badly!)

I want to give special thanks to my friend John F for suggestions and ideas on this new stack. I was also inspired by YouTuber Ali Abdaal, who uses a similar framework for his own stack. 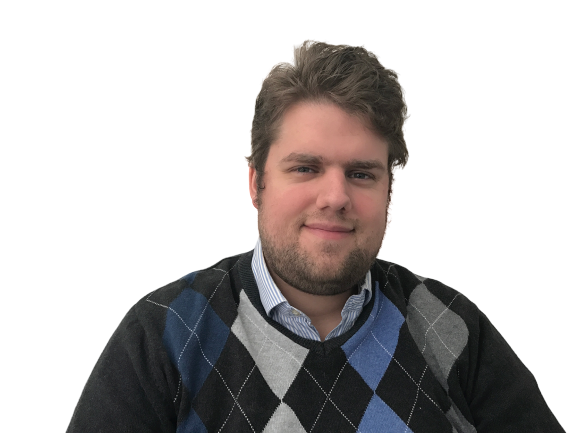 I’ve been doing online marketing, blogging, and affiliate marketing for over 6 years (outside the make-money-online niche!) and have also managed 6 figure affiliate programmes.

On this site I talk about online marketing, automation, funnels, and my favourite software to accomplish it all: Kartra 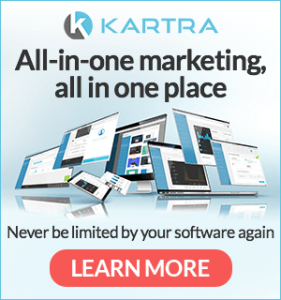